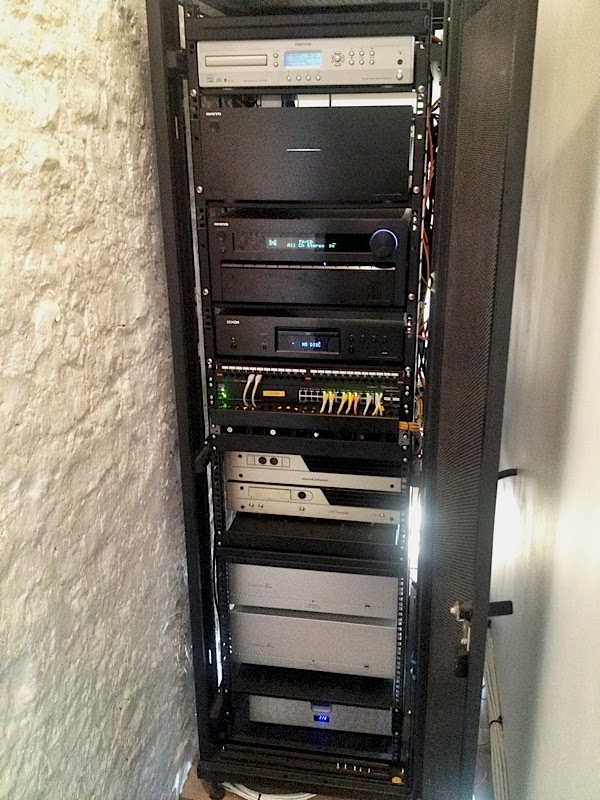 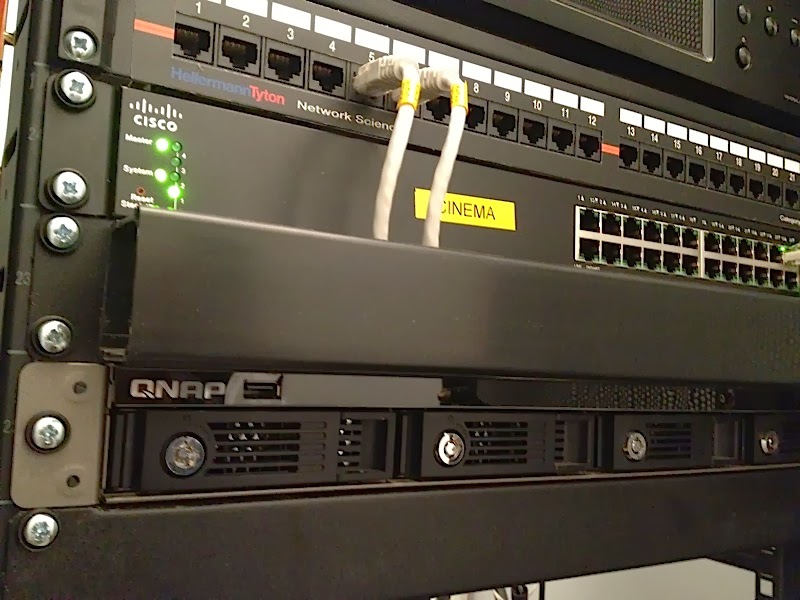 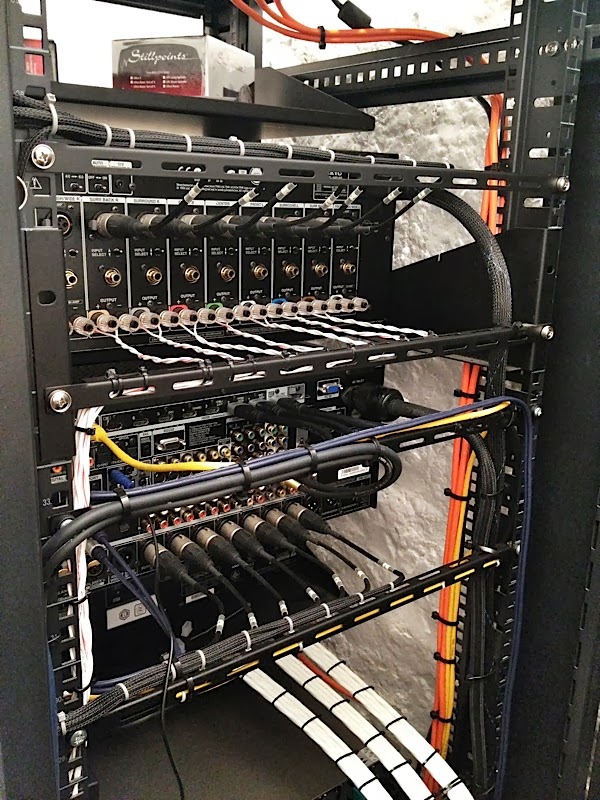 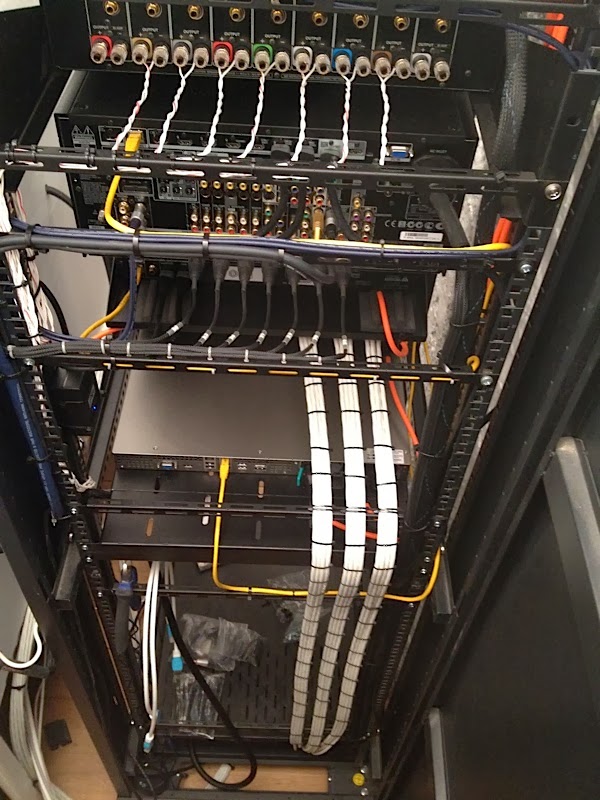 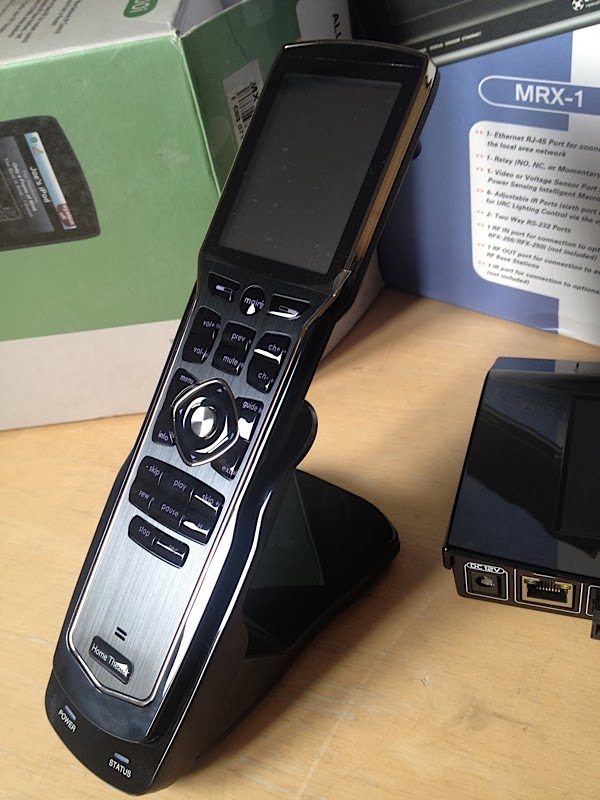 One of two URC MX-5000i Two-way network remotes with color touch screens that will control both cinema room and main house AV. 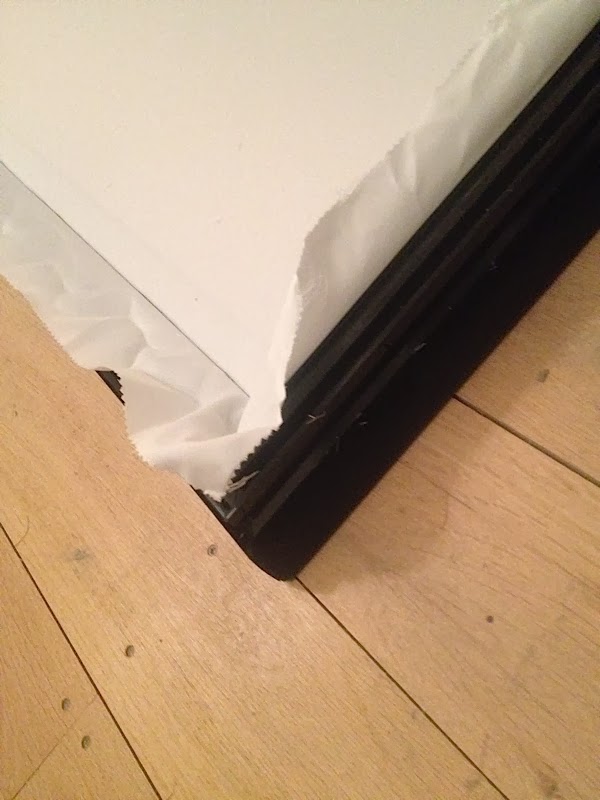 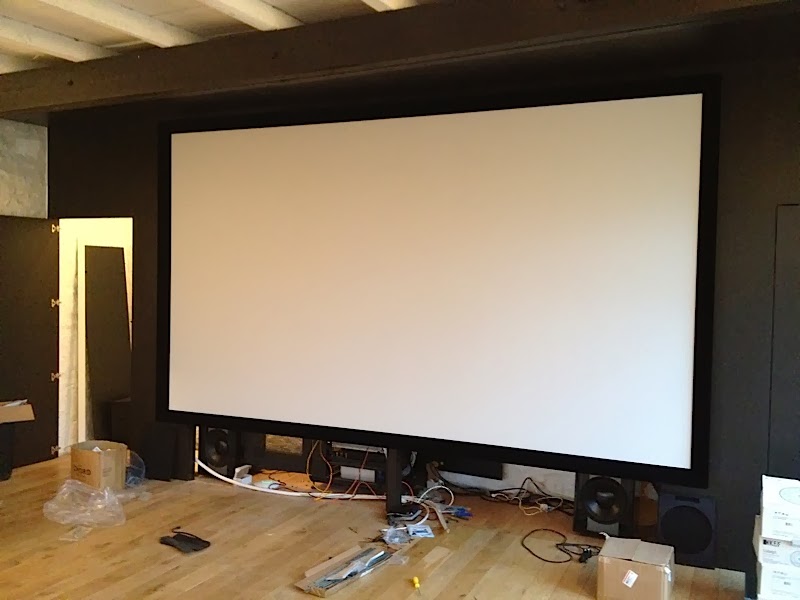 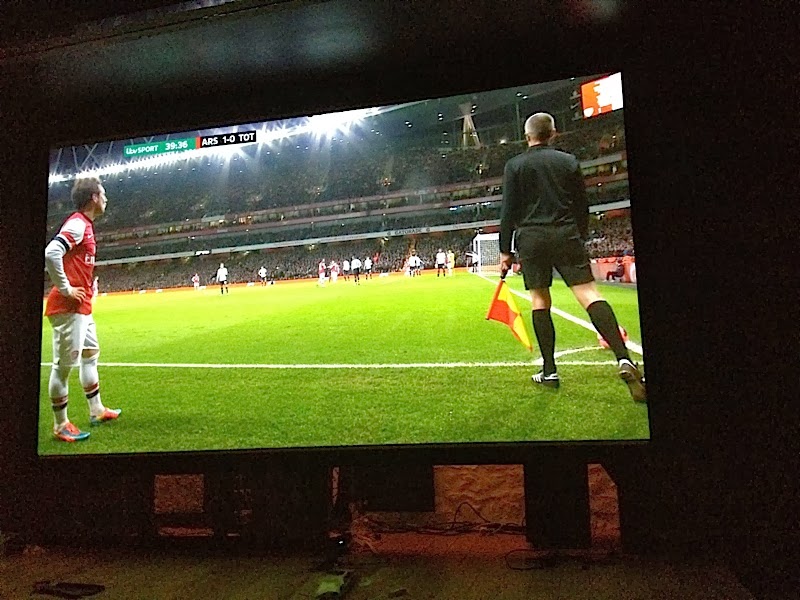 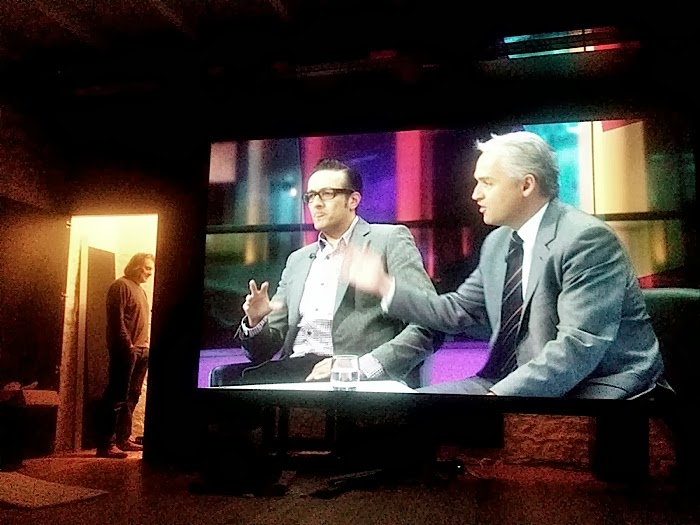 Just to give a sense of scale...and size of the screen!

Also completed is custom built, floor to ceiling AV Wall housing a massive Panasonic TH65VX300 65" FHD reference grade plasma screen. Screen is mounted on a large pull out and swivel bracket. Under the screen is Yamaha YSP-5100, top of the range sound bar, hidden behind acoustic cloth. Bank of ethernet sockets behind screen is feeding Android XBMC TV and media player, URC IR/RF over Ethernet emitter and HD Connectivity HDMI over Ethernet box that brings
Sky+HD, Apple TV and Sony Blue-Ray to this room, from the rack on the ground floor.
It looks great even though it is just painted with undercoat! 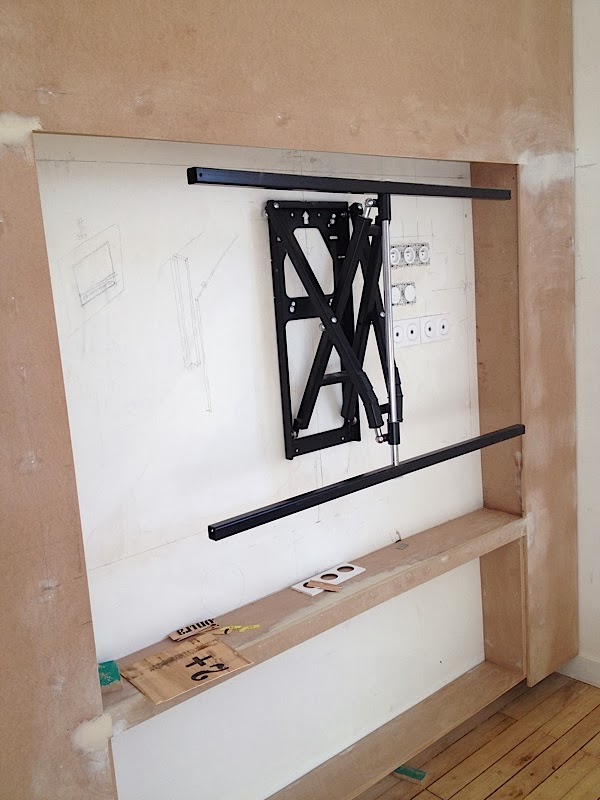 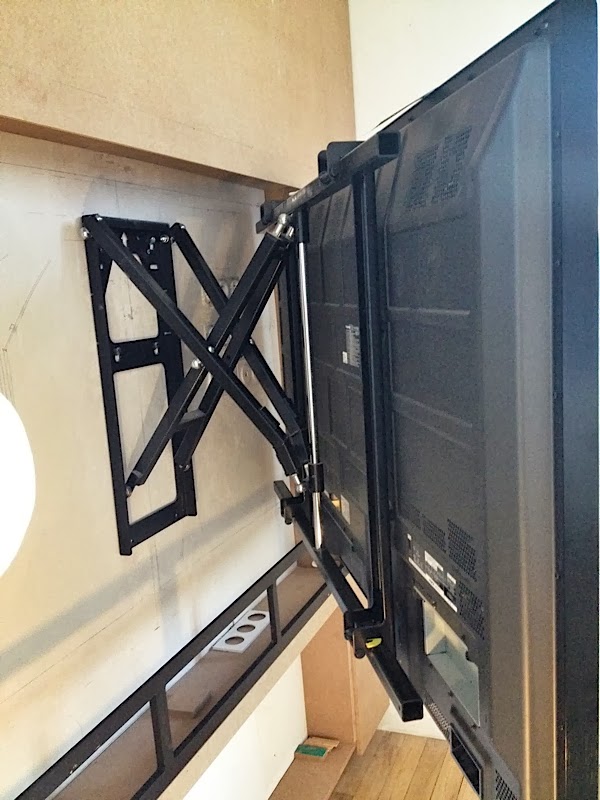 Pull out and swivel plasma bracket in action. 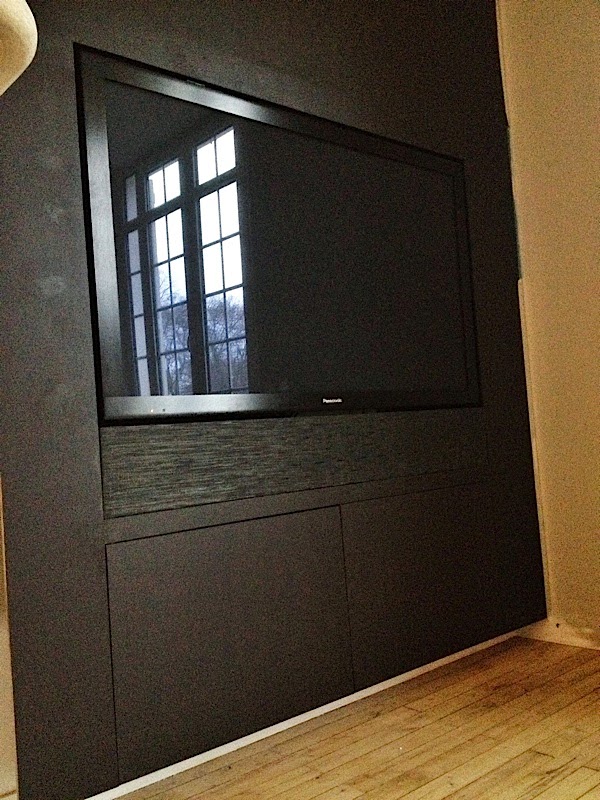 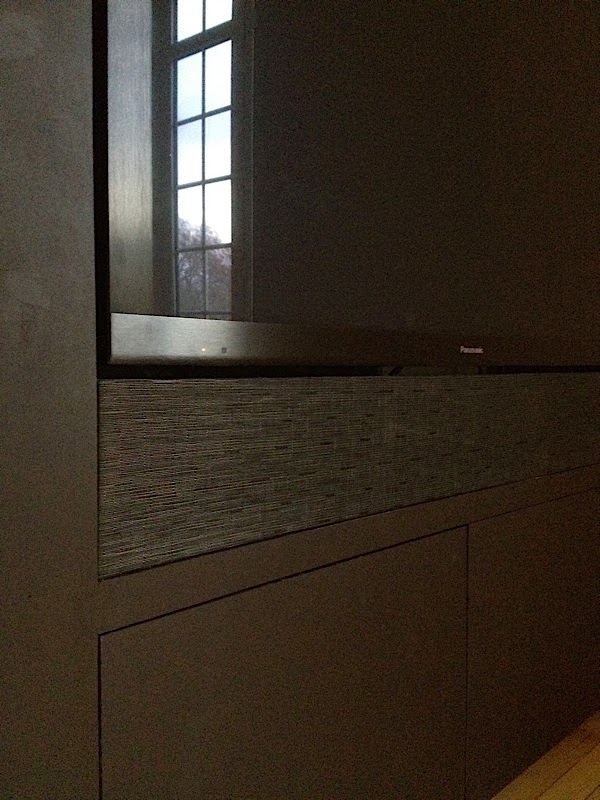 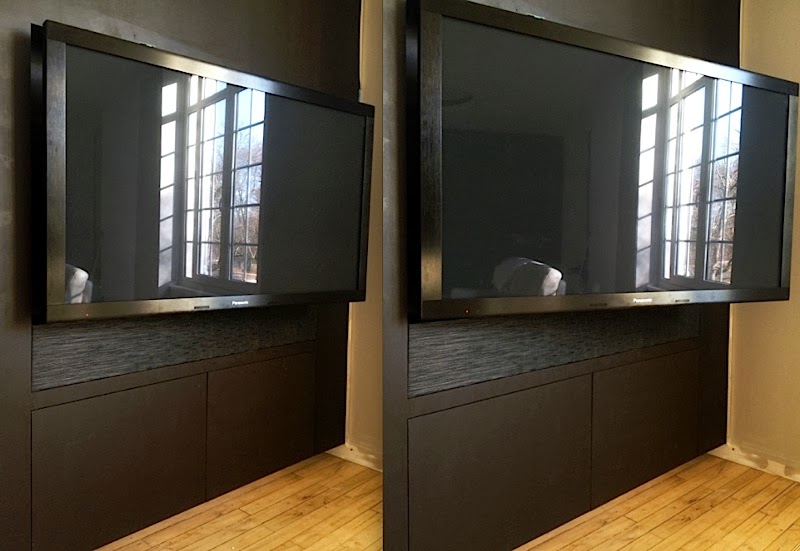 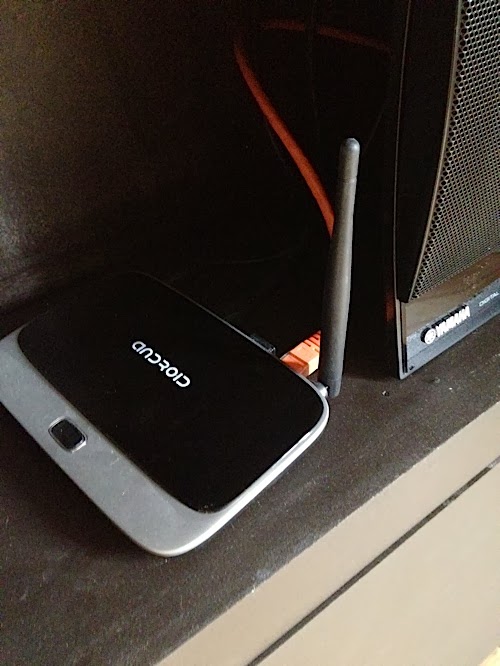 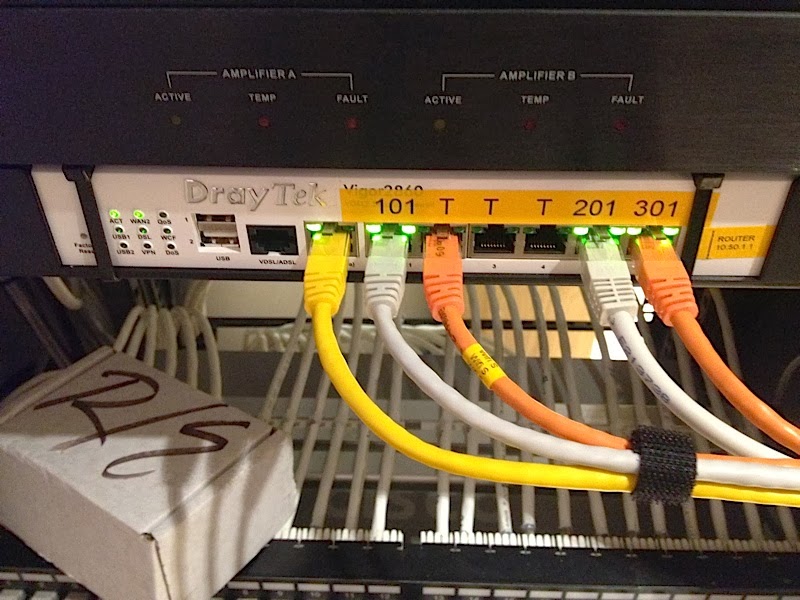 One of two Drytek routers. 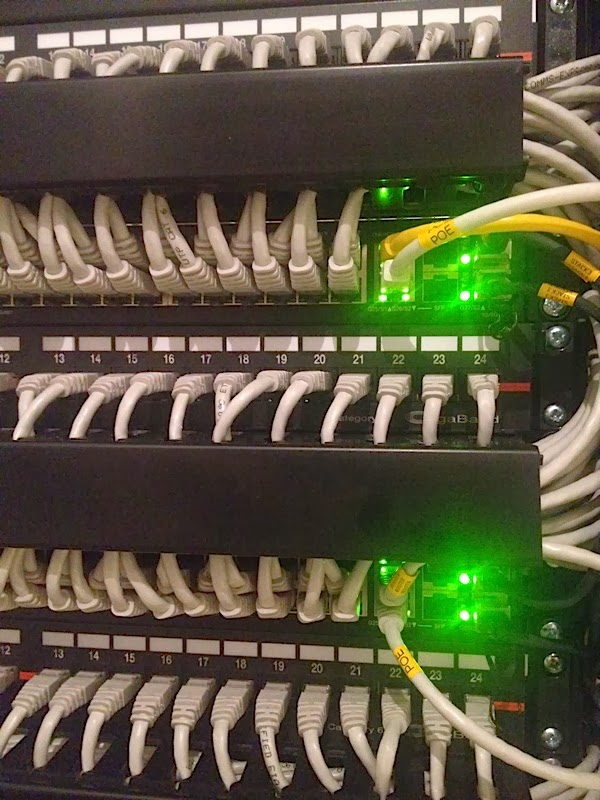 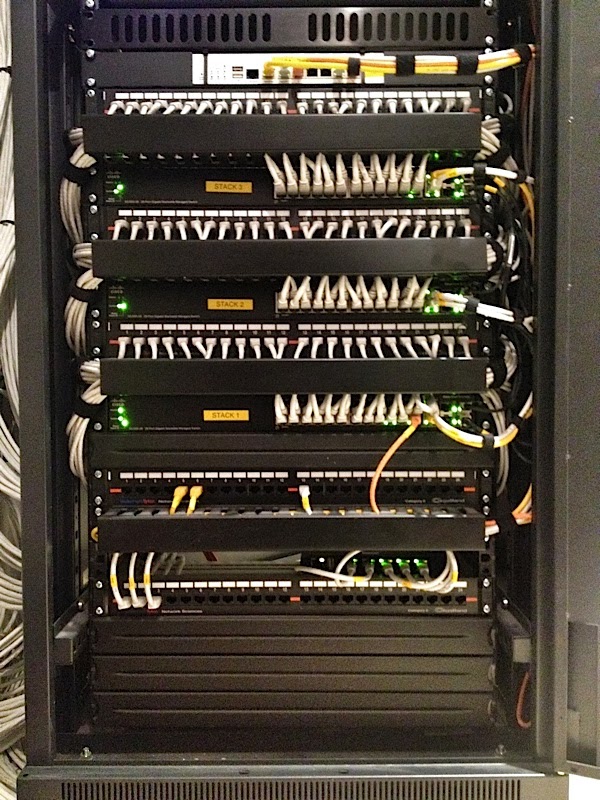 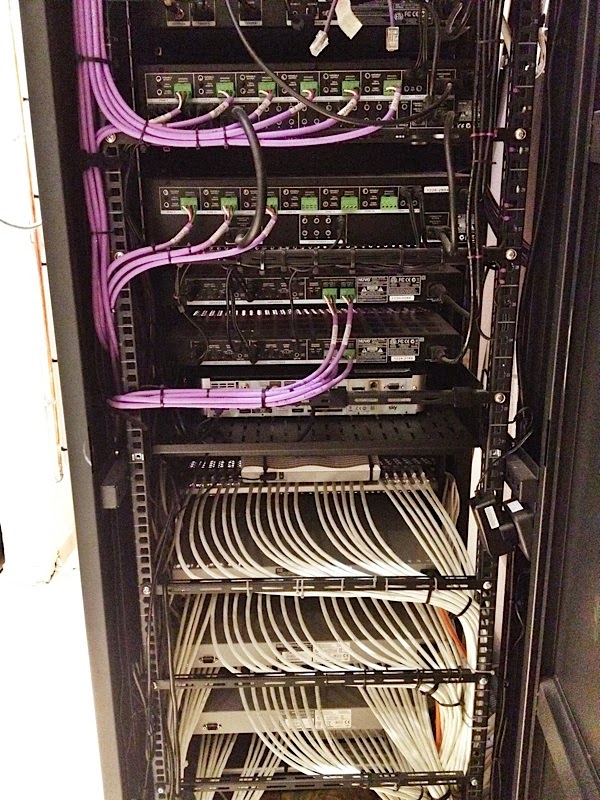 Network & NuVo rack from the back. 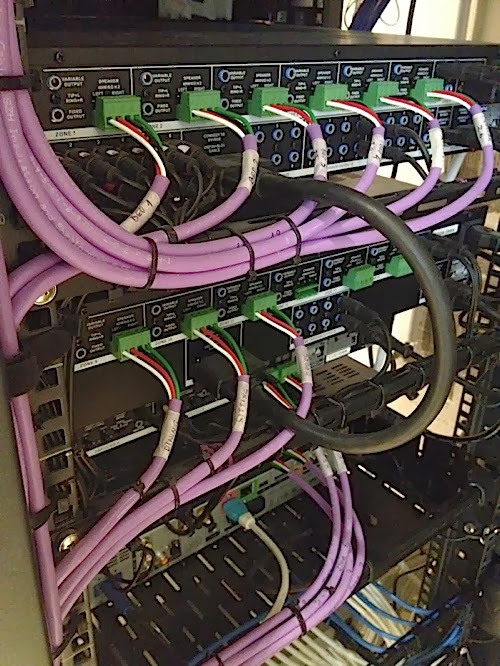 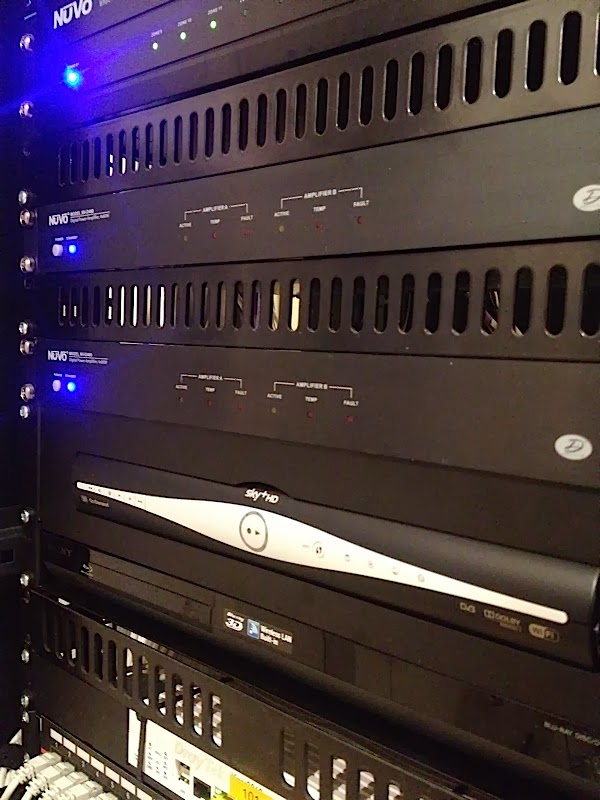 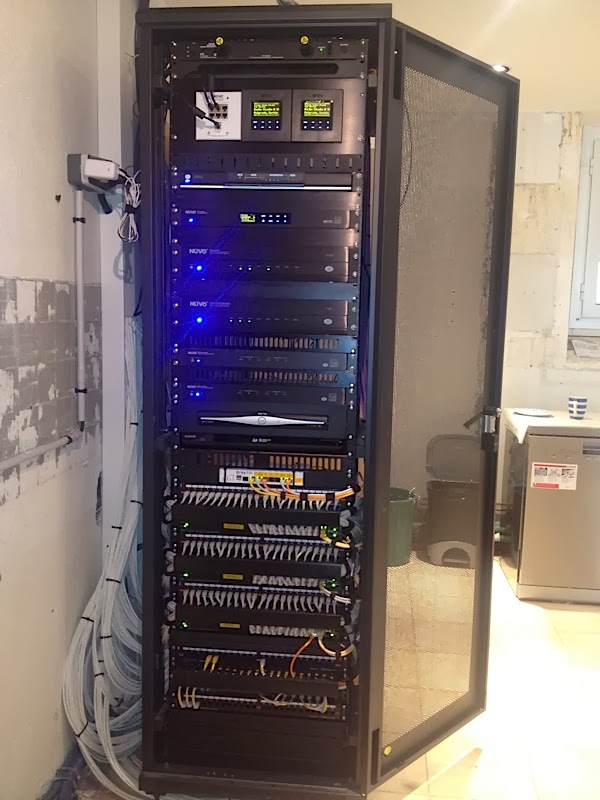 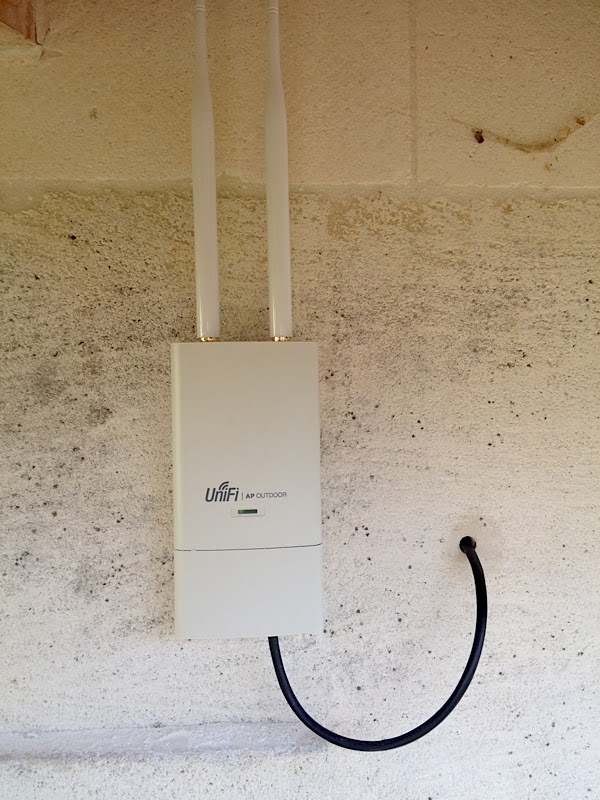 One of two outdoor antennas.
Posted by M.E.G.A. AV Installations Ltd. at 03:14